Welcome again to Stealing which we bring you weekly on The WTIT Blog. We have gotten really good at just stealing a meme from someone else’s post. (You can play meme with Judd and the official Sunday Stealing meme.) Today we ripped this  meme off a blog known as blogger and blog named PT-LawMom. It is not her first trip to this rodeo, we’ve victimized her once before, in August 2008. Since it’s long we will do it in parts. She does not say where she ripped it. But, it was probably stolen there as well. So, of course, that will be as far as we go. Tracing back our theft’s thieves might take some time. So let’s go!

1. Your ex’s car is on the side of the road, on fire. What do you do? Depends on the ex. Actually there is only one ex that I would not stop for. When a couple splits, there’s a lot of shit said. I’m actually on rather good terms with most of my exes. But not the ex-wives. They are not waiting for anything from me.

2. Your best friend tells you she is pregnant. What is your reaction? But my best friend is Harvey Wallbanger. I know he can’t pregnant

because he had a vasectomy at age 22. The guy knew he didn’t ever want kids. His childhood was a nightmare. He has lived with his present girlfriend for over seven years. He finally trusts a woman. But if he told me he was fuckin’ pregnant, I’d simply bend over LMAO. 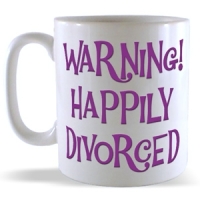 3. When is the last time you wanted to punch someone in the face? It was probably an ex-wife.

4. What is the last thing you spent money on? I bought my sister, Diane and her girlfriend Courtney to lunch. It was the hospital cafeteria. I had the “Outrageous BBQ Bacon Burger”. It had burger with a thin slice of cheese slice, one micro thin piece of bacon and then they directed me toward the BBQ packets. But since Diane drove me, paying for lunch was the least that I could have done. 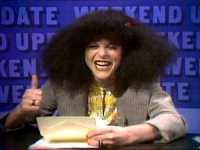 5. Do you think you gained or lost weight this past month? I’ve lost some. My ex (she recently moved out for the disoriented or disinterested.) She is a fantastic cook. She isn’t a gourmet chef (except for her baking and bottling) but day in and out her dinners were fantastic. She couldn’t have at least offered to feed me until I find another cook. Is that too much to expect? What? It is? Wow. As Roseannadanna said, “It just goes to show, It’s always something.” 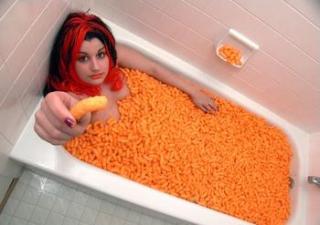 6. Crunchy or Puffy Cheetos? Thought provoking question. Puffy. Just so we can move on.

7. The first person on your friends list calls you a bitch. What do you do? Where did we steal this from, Judd? A lesbian community?

8. Congratulations! You just had a son. What’s his name? I’m working on grandkids right now. I mean, if it’s all the same to you.

9. Congratulations! You just had a daughter. What’s her name? I just had a granddaughter. I mean yesterday. I held her today. Her name is Zoey.

11. What was the last thing you cried about? My friendly neighbor, Jeff Wagner passed away. He was the most in shape person I ever met. He’d sit with me at my grill and chat while I cooked. My ex and I noticed his car missing and found it odd. Two days latter my ex (in a very new job) was asked to clean out the “dead guy’s office” because it was too painful for those who knew him. My ex met only a couple of times, but copied a picture from his office to confirm with me that Jeff was dead. If you’d like to read my tribute, click here.

12. When you buy something and your change is 2 cents, do you keep it or tell the cashier to keep it? I toss it into the fucking penny pit. You know, like any other human would.

13. What color is your tissue box? I really have no knowledge here. My ex bought that stuff. She had a great sense of colors and décor. She left as a class act. She took here things down and returned my shit to the walls to the best of her memory. She even volunteered to clean the place. It’s 2AM and quiet. Think I should call her now?

14. Do you have a ceiling fan in your bedroom, and if so, is there dust on that fan? Why, are you coming here to clean it?

15. What was the last voicemail you received about? It was a customer of mine. He got a case he didn’t order. I asked him to read me the label. It was addressed to another liquor store.

16. Have you ever blocked someone on Facebook? No, but I’ve un-friended some folks. 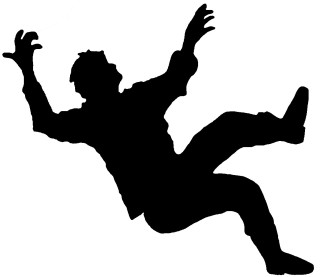 17. Scariest thing you’ve experienced in the last year? I fell in the shower and screwed up my neck and back. After having had 7 back surgeries, I was hoping to avoid another. The steroid injects work great on my lower back. But the pain in my left arm is in agony. They have giving me enough relief to avoid surgery. But, the insurance company makes you wait 40 days before you can do more shots. The hip and leg pain probably would be gone with monthly or bi-monthly treatment. I am SO convinced that my whole focus with my docs is my neck injury that extreme pain in my arm.

19. What kind of car do you want? I just bought a Chevy Malibu that I love! I’m sure if I had the $$ for a  more expensive car that they could be better. But, it’s as great a car as I’ve owned. Put me in for something in a Lincoln or a Caddy, if you are buying.. But it has gotta be iPod ready.

20. What do you order when you go to Burger King? A Whopper and a Big Fish.