>Getting Older is a Bitch, Man

Welcome to the very SECOND day of the W.T.F. BPD in OKC decided to jump into the deep end of the meme pool. This three day (Wednesday, Thursday & Friday) meme is quite the undertaking. Since Thunks didn’t post we are back!

1) If you were to create a to-do list for the week at this very moment, what would be #1 on your list (after finishing this meme, of course)? The French twins. I promised to help them out.

2) Still speaking of lists, do you create a list when you go shopping for groceries? Do you stick to the list or do you grab random things that weren’t on the list? Fascinating question. I get my groceries  online. That makes it hard to impulse buy.

3) Do you ever write reminders on your hand for things you need to do? I sure do that, but I write in code so people can’t really know what I need to do. No. But I leave myself notes. I used to laugh at my mother for doing that. Getting older is a bitch, man. You are a tad paranoid coding your reminders. Just sayin’.

5) My boyfriend is convinced that Taco Bell’s sauce packets are conceited. Yes, I said conceited. He read one a while back that had a saying that said something about the sauce wondering what ketchup is saying about it. He thinks that it is full of itself to think the other condiments speak about it all the time. Do you ever give inanimate objects a personality like that? Only ones like Taco Bell’s that purposely do that as part of their marketing. I think it’s clever. Gees. Is anybody paying attention to anything? This meme won’t make it a fucking month.

6) How old were you when your parents had the “sex talk” with you? If they never talked to you about it, how did you learn about sex? My mother’s sex talk was at 12. She advised me that I was getting to the age “where certain girls would let me touch them in places I shouldn’t. So don’t.” I remember thinking, “They will? Yippee! When?”

7) It’s National Shampoo Week… How often do you wash your hair? Daily. I know, I’m weird that way.

8) Do you ever wonder if your mailman thinks your life is crazy? I have over 30 subscriptions to random magazines (none of which I have to pay for), and the topics range from children/pregnancy, hunting/fishing, boating, Hispanic/black culture, and men’s magazines. I can’t imagine what he thinks of me. I would imagine that he doesn’t. 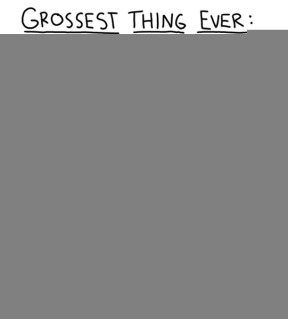 10) It’s Name Your Poison Day… So what is your poison? Smirnoff rocks.

11) Have you ever discovered a receipt in a store that the customer ahead of you left behind that showed a weird combination of things? What would you assume the customer who left this receipt did with this combination of things — condoms, a mouth guard, doe urine, and a keychain camera? No. I don’t read my own receipts. I don’t care why someone would buy doe urine from Walmart. I wouldn’t go to Walmart at gunpoint.

One comment on “>Getting Older is a Bitch, Man”