What a Wonderful Thing We Have

Welcome again to Stealing which we bring you weekly on The WTIT Blog. We have gotten really good at just stealing a meme from someone else’s post. (You can play this meme with Judd and click on the official Sunday Stealing meme.) Today we ripped this  meme off a blogger Jeff from the blog Sliding Constant. He does not say where he got it from. But, it was probably stolen there as well. So, of course, that will be as far as we go. Tracing back our theft’s thieves might take some time. Link back to us at Sunday Stealing! So let’s go! 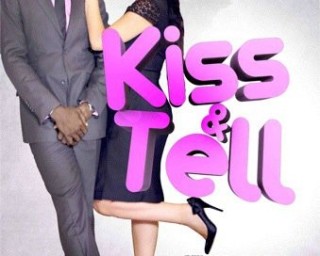 Q: Been suspended from school? False.

Q: Done something you told yourself you wouldn’t do? True.

Q: Caught a snowflake on your tongue? True.

Q: Kissed in the rain? True.

Q: Sang in the shower? True.

Q: Been pushed into a pool with all your clothes on? True.

Q: Played a prank on someone? True.

1. You hung out with? The French twins. They are so frisky these days.

3. You were in a car with? My dad drove to the hospital yesterday to help me find out that my appointment was off.

4. Went to the movies with? Alanis Morrisette. I mean really, who wouldn’t? 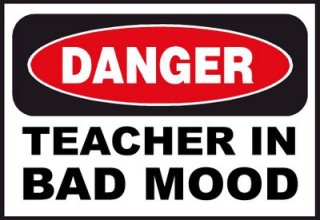 6. You talked on the phone? KLo. She called because I said she was “nice” in yesterday’s post. Trust me, never use a weak-ass adjective with a teacher.

7. Made you laugh? My dad and I can always find humor in life’s absurdities.

8. You hugged? My neighbor’s wife. My neighbor sadly got called out of town on an emergency. He will be in St. Louis before he realizes that I prank called him. I’m thinking he might get pissed over this one.

IN THE LAST 48 HOURS HAVE YOU…

1. Sang? No, but I added some music to my iPod yesterday. I like research the band as I add songs to my playlists. I was working on a band that had some national success in the 70s, but they were huge here in New England.

The band is The Fabulous Rhinestones led by Kal David. I couldn’t believe that they were still performing and they are actually living in Connecticut. My fave is a song called What a Wonderful Thing We Have. They have a Connecticut show booked for September. I’m psyched.

2. Listened to music? It’s on here almost 24 hours a day. It’s off only while I watch TV. Coldplay is on as I type.

3. Danced Crazy? I have a back that is so messed up that I have nerve pain shooting down my legs. My neck’s screwed up so my arms throb without medication. So yeah, I boogied the night away last night.

1.Who was your first prom (or homecoming) date? It was Leslie. She was one of my high school girlfriends. I know. I’m sounding like I had a lot of them. Well, yes, I did. I was wicked bad back in the day.

2. Who was your first roommate? His name was Renard in my freshman year in college. The first time I mentioned Renard on this blog brought a reaction from another college friend that I have remained in touch with, Michael J. Michael recorded with WTIT a couple of times. Most notably was his participation on the 100th Tape of WTIT. When he read about Renny, he left me this comment: “Whatever happened to him? I only remember a few things about him.1) He was a nice guy but the messiest person I had ever met. Your dorm room was quite memorable in that regard.2) He had a girlfriend who provided me with an indelible image and an expression I occasionally use to this day.

On point number two, I happened to be in your room when the girlfriend showed up to spend the weekend. As you and I talked, she matter-of-factly opened up a satchel and began pulling out a variety of birth control devices, slinky nightgowns, sex toys, and other apparatus whose purpose was unknown to me. She methodically proceeded to lay all the material out on Renny’s rumpled, stained bed. As she saw me standing there, mouth probably agape, she smiled and explained simply, “It’s my Instant-Action Hit Kit.” As I say, the concept of an “Instant-Action Hit Kit” has stayed with me for almost four decades, although I have used the term in quite different situations. Renny, I’m sure, would be proud.”

3. What alcoholic beverage did you drink when you got drunk the first time? Smirnoff and OJ, a screwdriver. Interesting on a variety of levels, no?

4. What was your first job? I worked in a snack bar at a high end country club. I got reprimanded my first week. Apparently me throwing the food and saying, “Here, catch!” was not what they were looking for.

5. What was your first car? It was a 1963 Chevy Impala. A date and I took it to the drive-in. One of us left a lit smoke in it. I woke at 2 AM hearing my horn. I thought, “What fucktard is doing that?” Then I went to the window seeing flames shooting to the fucking clouds. My folks were out. They arrived home to find a neighbor’s sister cooking hot chocolate for the firemen. Good times.

6. When did you go to your first funeral and viewing? Blow me.

7. Who was your first grade teacher? Miss Antonez. And no, I didn’t do her.

8. Where did you go on your first ride on an airplane? It was in 1970. I flew with Killer Joe to Washington D.C. To demonstrate against the Vietnam War. Fellow DJs Galloping Gary and Ken Kolt were attending GW. So we stayed in their rooms. It was a three or four day event.

9. When you snuck out of your house for the first time? The next time will be my first.

10. Who was your first best friend? Dynamic Dick. He and I did some Tape Radio stuff pre-WTIT. We called it WWWW Because We Can’t Think of Another Letter. Dick and Gabby Linger were the only DJs to record for both Tape Radio shows. They were a part of a lot of guys coming and going our first year. By the time Killer Joe and Johnnie Walker completed what we still call our first WTIT DJ Staff, both had departed. 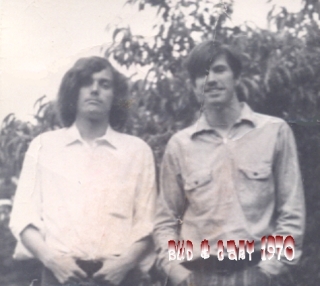 11. Who was your first Best Friend in high school? Galloping Gary and I were incredibly close. We were the “Lennon and McCartney” to WTIT from 1967 to 1982. Thanks to facebook we are back in touch.

12. Where was your first sleepover? In fifth grade I sneaked into a pajama party thrown by Sylvia Rentalot’s folks. Why they called my parents and threw me out is anybody’s guess. Oh, wait. The strip poker game did have something to do with it.

13. Who is the first person you call when you have a bad day? Ghostbusters.

14. Who’s wedding were you in the first time you were a Bridesmaid or groomsman? I have been in a zillion, but I think the first was Many Miles’. He met his wife at a WTIT party. He was on WTIT from 1973 to 1975. They got married on the first anniversary of my first marriage.

15. What is the first thing you did when you got up this morning? I asked the woman in my bed her name.

16. First time you tied your shoe laces? You are fucking shitting me.

17. Are you Facebook friends with your first crush? Since I can’t even remember my first crush, I will go with “no” here. 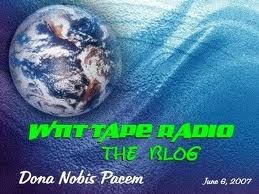 18. Who was the first person you met from the blogosphere? Mimi Lenox and her globes.

19. What was the first music album that you bought? Rick is 21 by Ricky Nelson.

20. Who was your first celebrity crush? Jill Hennessy. She’s my first, my last, my everything.

11 comments on “What a Wonderful Thing We Have”