>Just Phoning It In Today

2. Mr. Soul – I was down on a frown when the messenger brought me a letter
I was raised by the praise of a fan who said I upset her
Any girl in the world could have easily known me better
She said, You’re strange, but don’t change, and I let her. 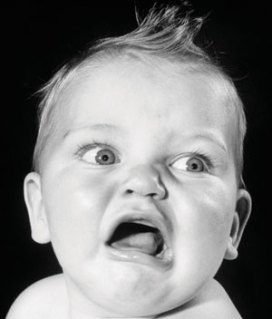 Have you ever been told that you are strange? I am responding to moronic questions THAT I WROTE. How strange is that shit?

3. A Child’s Claim to Fame – Well there goes another day
Now I wonder why
You and I
Keep telling lies
Have you ever been lied to on a regular basis by someone that you loved? Yes. Ain’t it a bitch.

4. Sit Down, I Think I Love You – So if you want someone to love you
Pretty babe I’m your guy
It’s not much I’m asking of you
Just please give me a try

Have you ever told someone how you felt and been rejected completely? No, but women I’ve met have made it obvious. I read people rather well. I’d never hit on somebody by mistake.

5. Broken Arrow – The streets were lined for the wedding parade,
The Queen wore the white gloves, the county of song,
The black covered caisson her horses had drawn
Protected her King from the sun rays of dawn.
They married for peace and were gone.

How do you feel about Kings and Queens of a country like Great Britain? I know that this question sucks. I mean, you love them or you hate them. And knowing that about another person really says nothing. So yes, I phoned it in. Wait till next week.

6. For What It’s Worth – There’s battle lines bein’ drawn.
Nobody’s right if everybody’s wrong.
Young people speakin’ their minds
A-gettin’ so much resistance from behind.
Have you ever taken part in a demonstration? If yes, do tell. Yes, I marched and demonstrated against the Vietnam war. The rock bands were cool and the chicks were cute.

7. Nowadays Clancy Can’t Even Sing – To singing in the meaning of what’s in my mind

Before I can take home what’s rightfully mine
Joinin’ and listenin’ and talkin’ in rhymes
Stoppin’ the feeling to wait for the times
Have you ever written a poem? If yes, would you share it with us? My poems were published in the Wyvern, our prep school’s literary publication. That was until they discovered that my last one had writing by reading the first letter of the line downwards, “WTIT Is Abreast of the World Situation.” It was not well received. They attempted to recall the mag and students were selling them after they read them. Those brats must have had no life whatsoever.

8. Bluebird – Listen to my bluebird laugh.
She can’t tell you why.
Deep within her heart, you see,
She knows only crying.
Just crying.
Have you ever had to deal with someone suffering from depression? Yes. Depression is all it’s cracked up to be and more. You do learn that you gotta keep your own sanity and you can’t help everyone.

9. On the Way Home – When the dream came
I held my breath with my eyes closed
I went insane
Like a smoke ring day when the wind blows
Have you ever smoked? If you’ve quit, how did you do it? Yes. Cold turkey. It’s rough.

10. Burned – Been burned and with both feet on the ground
I’ve learned that it’s painful comin’ down
No use runnin’ away, and there’s no time left to stay
Now I’m finding out that it’s so confusin’
No time left and I know I’m losin’
Tell us about a time when you realized that you were losing but could not change the outcome. Any conversation with any boss.

11. Flying On the Ground (Is Wrong) – Is my world not falling down
I’m in pieces on the ground
And my eyes aren’t open
And I’m standing on my knees

But if crying and holding on
And flying on the ground is wrong
Then I’m sorry to let you down
But you’re from my side of town
And I miss you
Who are you missing today? Jill Hennessy. Kathy & I watched the new Dana Delaney show Body of Proof. It’s the same premise but it ain’t no Crossing Jordan.

12. It’s So Hard to Wait – You are a man, you understand
You pick me up and you lay me down again
You make the rules, you say what’s fair
It’s lots of fun to have you there 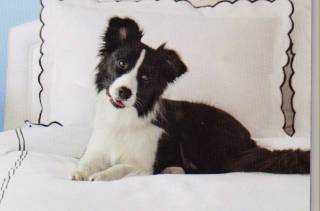 Who makes the rules in your home? My virtual dog Happy. It keeps it simple.

13. Questions – With the questions of a thousand dreams,
What you do and what you see.
Come on lover, talk to me.
Have you ever had to ask someone to explain how they felt because of mixed signals? Not really. I don’t believe in “mixed signals”. I believe people change their minds and it’s easier to deny the event than to deal with it.