>It is Time For This Blog to Hibernate 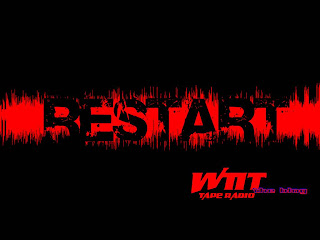 We are doing a restart. Yes, that’s right, just like we’d do with a computer. When WTIT: The Blog started it was to be an adjunct to our website and how we could communicate the WTIT Tape Radio story. From the start we had weekend meme features. First we discovered Saturday 8 by Ms. Harrington, and then Saturday 9. Sunday Stealing was done here on this blog for over two years before we syndicated it. Anyhow, we did swear that we would not do weekday memes. We had the story of a group of friends to tell. Guys, who at 15, played the current music, told the stories of their lives (including families of the DJs, the girlfriends, then later the wives. And kids.) We saw friends come and go, but then Johnnie Walker and I navigated over 40 years of WTIT through an ocean of DJs and a lot of relationships.

The Blog will try going back to its roots after a break. We will take time off to recharge. When we return, we will blog about WTIT again. We will give you our opinions on today’s music. We will “interview” celebrities. Less memes. More comedy. We will now only play the Rock ‘n Roll Fridays, Saturday 9 and Stealing memes.

We know this will disappoint a lot of our friends. But, when we started we wanted to write about life. We will try to get back to funny. We kinda lost our way. We will find it. Have a good week. We will return sooner or later after the break. Same time. Same blog. Peace!

7 comments on “>It is Time For This Blog to Hibernate”