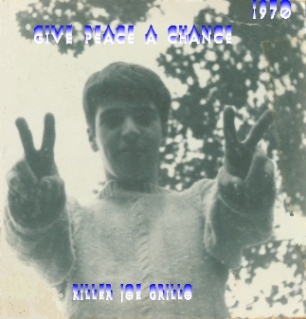 1. Has anyone ever got angry with you for flirting with their partner or date? Not exactly. I try to be a class act in all areas of my life. I had a friend, WTIT’s Killer Joe, left for the navy. A year later his ex-girlfriend and I got involved. When he was discharged, they got back together but kept it a secret and we were both seeing her. He thought that I knew. He distanced himself. When I confronted him he realized that I didn’t know. I never saw that girl again.

2. What is your favorite movie line or speech? (Set the scene so we appreciate it in context.) There are so many. I’ll use one from The Holy Grail. When during a sword fight a knight loses both arms and legs, naturally he’s still trash talking. His opponent asks, “What are going to do? Bleed on me?”

3. What is something that has happened to you that you would consider a miracle? I witnessed the birth of my four children. I know that it sounds sappy for this fucking blog, but it is the truth. You watch your child born, you never forget the feeling.

4. What do you try to stay away from? Married women. It ain’t always easy.

5. What is it too late for? “Goodbyes.” Julian Lennon.

6. If you could write three newspaper headlines, which would come true, what would they be? 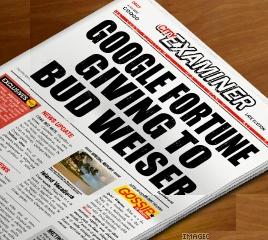 7. When was the last time you apologized to someone? Probably yesterday to Kathy for something stupid I did. I mean, I don’t remember if I did, but most ays you can count on it. John Lennon once said (In response to the famous Love Story quote) that love is having to say your sorry all the time.

8. If you to find out now that you would very well known after you die, what do you think it might be for? (Feel free to pick an accomplishment that you have yet to do.) I’d love it to be for WTIT. Besides being a great Tape Radio station, it is the journal of 5 lives from age 15 through 40 years and counting. I remember doing a show the night my daughter Heather was born. She’s 35 now and a mother of two.

9. Are you easily angered or able to handle every situation calmly? Fuck off. We’re back with Stealing.

We’re glad that you stopped by.
Enjoy your weekend.

WTIT: The Blog will return tomorrow with
Judd Corizan and his DJ KathyA’s Birthday Band for Monday!
Join us for Sunday Stealing!
Same time. Same blog.

6 comments on “>It Ain’t Always Easy”