>Tommy Can You Hear Me

When I was growing up my brother Mark and I hounded our parents for a dog. This may seem ironic now, since I am not a pet person. I am a huge “animal” person. But there is some irony because I am a NatGeo and Animal Planet junkie. Although, when my kids were small we had animals wandering around.

There is something about kids and animals that can form an important bond. My brother and I pushed for a collie. And I know it was no more complicated than we thought Lassie was cool. 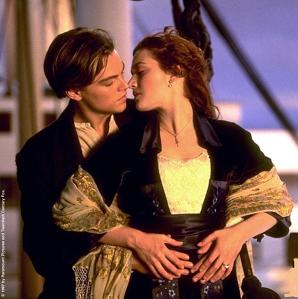 There was Lassie rescuing coal miners one week, pulling sunken ships to shore the next week. At WTIT Tape Radio we did a spoof once on Lassie. In our version, Lassie went back in time and rescued everyone from the Titanic. We were all surprised when Leonardo went down with the ship in the 90’s remake. Where the fuck was Lassie when you needed him?

Our collie’s name was Blaze. He could not rescue a doll if my sister threw one down the stairs. I am not trying to insult the dog, but the facts are the facts. Blaze was no

t a bright dog. And trust me, it won’t matter to Blaze. Partly because Blaze has been dead, say, thirty years or so, but mostly because Blaze could not read anyway. Blaze was our family pet collie. Talking about Blaze really doesn’t mean much to me. He was a very hyper dog, who jumped all over everybody. So, I don’t have any cute family stories about Blaze. He just was there. Which is probably why I never felt much about pets.

When my fellow WTIT DJs came over to record they’d always comment on the way downstairs to the WTIT Studio in the rec room how they got mauled. I’d always say, “You didn’t pet him did you?” A redundant question since Blaze wouldn’t stay around for a petting anyway, but they’d answer “No.” I’d respond, “Good. We only pet him on his birthday. It’s not today, so you did not confuse him.”

Because of this, I always remembered that Blaze was born on February 7th. Years later, long

after Blaze had passed, I started calling my family members to wish them a “Happy Blaze’s Birthday”. Somehow the dynamic wound up changing. It became a contest to see whom called whom first to honor “the holiday”. My brother Mark usually wins now. I can live with that. But when this damn holiday falls on a work day, his midnight call can be slightly jolting.

Once a member of my family said, “We’ve been doing this so long I cannot remember what started it.” I’d explain, and they’d say, “I don’t remember it that way.” Well, of course not. No one else in the family was a

WTIT DJ. Why I care about credit for what was once a very funny bit, but now is very old and very tired, is anybody’s guess. I suppose it is because it started as MY old and soon-to-be tired joke. And I’ve got tapes to prove it. Anyhow, how about you, my friend? Did you have a good “Blaze’s Birthday”? Good. But next year, please send me a card, damn it. It is a very important day.

Welcome to Monday Mayhem! The place where nothing matters and we can all have fun on a Monday. Every week is something different. Harriet is our host. Or hostess. Your call.

Harriet explains, “Today’s meme is all about the headlines in the news. For each headline- finish or embellish the title and add a brief description (one sentence is cool). Don’t forget, this is suppose to be fun because we are Über cool people!”

Monday Mayhem: Headlines In The News

1. Man hospitalized after being hit in road. The man, Warren Sapp, apparently has a game that he plays in the road. WTIT News interviewed his wife, Maple. She said, “He got the idea from the rock opera Tommy. He thinks he’s the human Pinball Wizard. He once got into listening to the musical Hair. He ran around naked all the time. It was less dangerous other than those pesky arrests.” 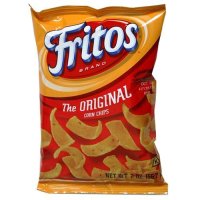 2. Suspicious package just food in a bag. The man who was detained six hours at Bradley International Airport said it was last time that he brought his Fritos in his “Saddam Hussein Was Misunderstood” resealable pouch. 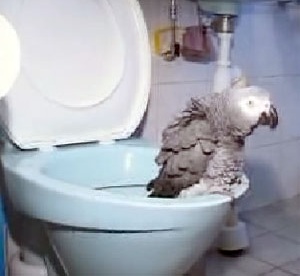 3. Parrots tend to be “left handed,” study finds. This might be a more accurate story if parrots actually had hands. When WTIT contacted the author of the study about this fact, Professor Imade Itup, he simply stated, “Hey they gave me 100 large to do the fucking thing. If they were stupid enough to do that, they got what they wanted.”

4. Palin: America out of step with Reagan’s values. When asked what that meant Palin said, “If he were alive today he would agree with me on everything. If you don’t agree with everything that comes out of my mouth, you are both a Communist and Anti-Reagan.” When pointed out that if Reagan were alive today he’d be 100 and probably not paying any attention to anything she said. Palin replied, “He’s dead. Prove me wrong you liberal fucktard.” 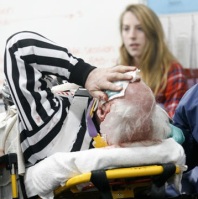 5.Opinion: Why refs ‘swallow the whistle’. When the whistle gets caught in their throats the go immediately to the closest hospital. “So, we get paid for the whole game. But we only work a quarter. It’s a great deal!” says Referee Orr Gassam. The downside was that the next time he pulled this stunt he choked to death. Film at 11.

7. Lohan’s attorney denies actress stole necklace. Her attorney, Shesa Knutjob stated, “Sure she stole the diamond earrings, the designer dress and a pair of shoes, but she planned on giving the necklace back. Someday. Maybe. Check!”

That’s a wrap on WTIT: The Blog
for a Monday.
We always take a day off on Tuesdays.
Unless we don’t.
Same time. Same blog.

6 comments on “>Tommy Can You Hear Me”