>The Man Who Rules the World

When was your last trip to a library? My friend Dewey Decimal told me great things about the place, but I haven’t been back since they got rid of him.

2. “People see me in the suit and they know I’m not fooling anyone, they know I’m rock and roll through and through.”
Does your attire properly represent you? You mean that “get it here” tee shirt that arrows my crouch? No, I am more than just a boy toy. Not much more, but a tad. 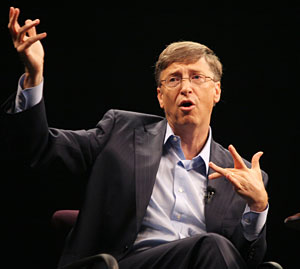 3. “I’m from a little place called England … We used to run the world before you.”
Do you feel the United States runs the world? No. We all know Bill Gates rules the world all by himself.

4. “No one grows up saying ‘I hope I work in an office one day?’ And that fascinated me. People from 16 to 65 are just thrown together and that is a tantalizing mix.”

When was the last time that you worked in an office like that? From 2000 to 2002 I worked at a polyester manufacturing company. I was the house announcer. I said things like, “All trousers must be in the red bins today.” The excitement never ceased! I used to mix it up, though. The day I said “Put your piss ass pants in the piss yellow bin” was when I was told I’d gone too far. But, I was pretty smart. Before security escorted me out, I stole the owners artificial leg. We went to court, but he didn’t have a leg to stand on.

5. “Where there’s a will-there’s a relative!”
Do you have a will? If yes, have you ever changed it? Yes. And yes. You tend to cut out a wife or two after divorces. See, this blog is not only funny, but it is also educational.

6. “When I see a toreador in a bullfight getting gored I think: `Good, you shouldn`t be in there`. What is the pleasure in seeing an animal speared to death? It`s the same with fox hunting. They`re just psychopaths.”
How do you feel about bull fighting and hunting? I don’t. I’m kind of a “live and let die” kind of guy.

7. “Money gives me the creeps and mildly embarrasses me. I get paid too much anyway.”
Have you ever thought that you were over paid for a job? This may be the all time most stupid question in the history of memes.

8. “I hate lateness. I hate people who are late. There is no excuse for turning up late for anything. I`ve never been late for anything in my life. I was actually born a week premature, because I wanted to be early for my own birth.”

Are you usually on time for things? No. I once was the top salesman at a radio station. The woman who was number two once asked, “Bud I gotta know: What do you say first on a first appointment?” I deadpanned “I usually have to say I’m sorry I’m late.” 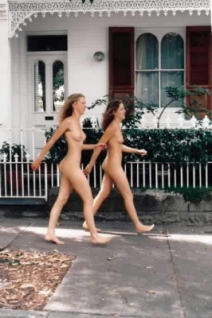 waiting in lines. I hate people talking inanely about the Lord Of The Rings. I hate people whistling. But I`m not like this because I`m famous. I`ve always been a grumpy bastard.”
What are your “pet hates”? Women who wear clothes in public. I mean except in winter. Then I sorta get it. But when it’s nice out? Show off the goods, please.

10. “I don`t like all this stupid Gollum begat Wobblo and the Oompa Loompas and…Oh Jesus Christ! There was too much “Oh, God, here come the gloodloys…” Christ Almighty, what are they talking about!?”
Are you a fan of “Lord of the Rings”? Yes. I hated this episode of memeville today. We will return with Dating Profiles.

That’s that for a Hump day.
We will return with Dating Profiles.
The beat goes on.
WTIT: The Blog will be back.
Whether you are ready or not.
Same time. Same blog.

7 comments on “>The Man Who Rules the World”