Style with a Smile

Welcome to Wednesday Wickedness on WTIT: The Blog. This meme appealed to us because of a twist in its concept. Each week Janera Jepson (its host) picks a celebrity. She digs up ten quotes from the person and asks her questions based on the quotes. Who would think someone would do something original? We didn’t see that coming. Anyway, she is a friend of Crazy Sam, so we are on board. Let’s do it. The quotes are in bold and the meme questions are in bold.

1. “I can do anything. In GQ, I appeared as a man.”
What have you done that really surprised people? People at work have never known me to have a long relationship which is because that since I have worked there, I haven’t. They are amazed that I have live with my lady since June. They are equally shocked that any woman would spend a weekend with me let alone live with me.

2. “I suppose there is a lot of toughness in me.”
What was the last thing that happened that showed you how tough you are? The twins can really wear me out. I mean, really, I am 259 after all.

3. “I try to exist in a world where there is freedom of opinion, where you’re allowed to make jokes. I don’t want to live in some PC world where no-one’s allowed to say anything.” 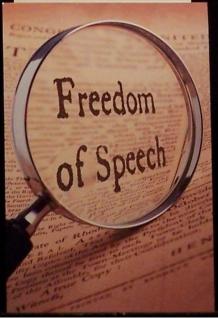 What do you think about being PC (politically correct)? We’ve gone a bit overboard, but we did need to reset the dialogue between sexes and races, between the defenseless and the bullied.

4. “I find it difficult to say this, but I’m quite a loving person and I’ve always been loving to my friends. In the long run, that pays off. I’m very interested in other people, and if you are, they’re interested in you.”
Do you have an easy time making friends? People think I am a funny fuck. I know. I am so serious on The Blog it must startle you.

5. “Remember that I was out of the closet at the age of sixteen. My parents knew I was gay; I`d had to tell them.”
At what age and situation were you in when you “came out”, in the sense of true honesty, with your parents? At 21 after graduating college, I got married for the first time. (Don’t explain how stupid that was, trust me I know.)

6. “People say things about me all the time and I get over it. I`ve had some appalling things told about me.”

What is the worst lie that was told about you that you felt compelled to respond to? The biggest lie told about me was horrendous. I did not need to respond to it. The people who were told stopped speaking to the person that told it. While it was discussed, I was never asked to respond to the absurdity.

7. “I’d rather have a cup of tea than sex.”
Are there a lot of things more important than sex to you? Bwahahaha. Funny lady this Janera.

8. “I knew style and content went hand in hand.”
What celebrity do you find that their sense of style speaks to you? Anything that my lady likes is fine with me. I have no sense of style. Another surprise, I am sure. So, no celebrity has that effect. Unless, of course, Jill leaves her hubby.

9. “In the ’60s everybody wanted to be the Beatles or the Stones, in the ’70s there were bands everybody tried to emulate, like Led Zeppelin. And I think in the ’80s you had lots of bands that had quite individual sounds, … ’80s Rewind.”

What do you think about today’s music? How does it compare to what you consider YOUR day? I love today’s rock. The only prejudiced I have from “my era” is that the greatest band of all time is The Beatles. Although, truth be told, I never thought that would still be true. I’ve waited for the next game changer band since 1970. While there have been Hall of Fame bands since then, nothing has approached John, Paul, George and Richard. If you think differently, you do not know a thing about rock. I am not saying you need to like the band, but you have to respect their place in R&R history. 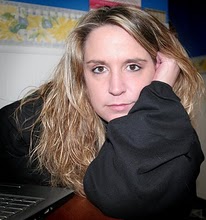 10. “Most psychiatrists or analysts are a waste of time.”
What do you think about shrinks and psychologists? I think that they save lives. Berleen is suppose to actually do Thunks. Unless her shrink objects. We will be back with that.

That’s that for a Hump day.
We will return with something.
The beat goes on.
WTIT: The Blog will be back.
Whether you are ready or not.
Same time. Same blog. Peace.

6 comments on “Style with a Smile”