Welcome to Rock ‘n Roll Fridays on WTIT: The Blog. This meme appealed to us because of a twist in its concept. Each week DJ KathyA (its host) picks a rock band, artist or era. She digs up thirteen quotes from the song lyrics and asks her questions based on the quotes. It is similar to Janera Jepson’s Wednesday meme. Let’s do it. The quotes and meme questions are in bold.

What is your favorite Karaoke song to sing with? In a group setting sing-a-long, I’ve always thought Piano Man or American Pie were the biggest crowd pleasers. Personally, I like to sing Don’t Think Twice It’s All Right.

2. CAPTAIN JACK…”Saturday night and you’re still hangin’ around, Tired of livin’ in your one-horse town. Like to find a little hole in the ground, For a while”

If you grew up in a one-horse town, are you still there, or did you try living somewhere else? My town had two horses so I really don’t qualify to answer this.

3. NEW YORK STATE OF MIND…”It comes down to reality-and it’s fine with me ’cause I’ve let it slide, Don’t care if it’s Chinatown or Riverside, I don’t have any reasons, I’ve left them all behind- I’m in a New York state of mind.”

What is your favorite New York food? Anything from a deli. You cannot do a better deli than one in New York.

4. SHE’S ALWAYS A WOMAN TO ME…”But she’ll bring out the best And the worst you can be, Blame it all on yourself, Cause she’s always a woman to me”

Has someone else ever brought out the best or worse in you? The French twins have a just the right stuff to bring out the best. Pick any of the ex-wives for the worst.

5. MOVIN OUT…”Workin’ too hard can give you a heart attack ack ack ack ack ack,
You oughta know by now. Who needs a house out in Hackensack? Is that what you get for
your money?”

What is the most annoying line from a song lyric of all time?

We had joy, we had fun
we had seasons in the sun
But the hills that we climbed
Were just seasons out of time.

6. ONLY THE GOOD DIE YOUNG…”They say there’s a heaven for those who will wait
Some say it’s better but I say it ain’t. I’d rather laugh with the sinners than cry with the
saints …Sinners are much more fun…”

What would heaven be like for you? A shopping mall? A forest? Mansion? Do tell…A giant brothel with free Smirnoff. (Did I think that or write it? My bad.)

7. JUST THE WAY YOU ARE…”Don’t go trying some new fashion, Don’t change the color of your hair. You always have my unspoken passion, Although I might not seem to care…”

Have you ever changed something about yourself to please somebody else? I shaved my beard off once. Oh, the shit everyone else gave me for that! I was not whipped! I wanted to shave! Oh just blow me…

8. STILL ROCK N ROLL TO ME…”Should I try to be a straight `A’ student?
If you are then you think too much. Don’t you know about the new fashion honey?

All you need are looks and a whole lotta money. It’s the next phase, new wave, dance
craze, anyways , it’s still rock and roll to me…”

What besides “looks and a whole lotta money” would you require in a mate? Hot and nasty sex.

9. YOU MAY BE RIGHT…”You may be right, I may be crazy. But it just may be a lunatic you’re looking for…” 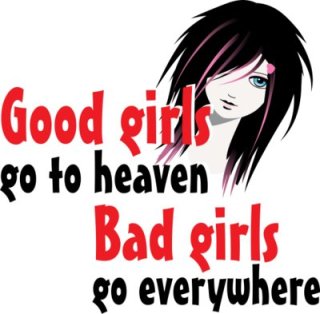 Do you like bad boys (girls) or good boys (girls)? Good girls are way too boring. Bring me someone with a more interesting life any day.

I don’t know where to begin
How ’bout my neighbor’s wife and a French twin
Randy Moss now at Tennessee, oh what KathyA does for me.
LeBron James and all his dunks, what happened to Thursday Thunks.

We didn’t start the fire
So piss off.

11. TELL HER ABOUT IT…”Tell her about it. Tell her all your crazy dreams. Let her know you need her, Let her know how much she means…” 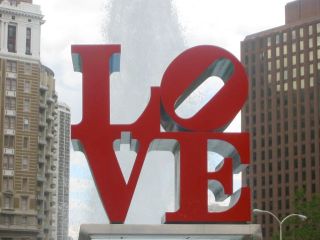 they mean to you? Constantly…

12. UPTOWN GIRL… “I’m in love with an uptown girl, She’s been living in her white bread world. As long as anyone with hot blood can, And now she’s looking for a downtown man. That’s what I am…” 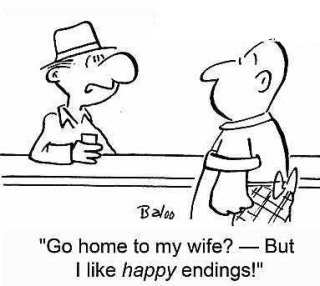 Have you dated someone above or below your “level”? (richer or poorer). Did you feel comfortable with them? I’ve never thought that money defined levels of greatness. I’ve always believed that integrity did. I have been with women with much less integrity, but then I divorced them. A happy ending.

13. THE LONGEST TIME… “Who knows how much further we’ll go on. Maybe I’ll be sorry when you’re gone. I’ll take my chances, I forgot how nice romance is, I haven’t been there for the longest time”

What is the longest you have gone without a love relationship? My best guess is four years. But truth be told, the one night stands make the time pass. Sure that’s shallow, but there is truth in it.