Why Don’t We Get Drunk and Screw?

Welcome to Rock ‘n Roll Fridays on WTIT: The Blog. This meme appealed to us because of a twist in its concept. Each week DJ KathyA (its host) picks a rock band, artist or era. She digs up thirteen quotes from the song lyrics and asks her questions based on the quotes. It is similar to Janera Jepson’s Wednesday meme. Let’s do it. The quotes and meme questions are in bold.

What was the first “grown up” thing you did and when? I played “hide the salami” at 14. I was gonna hold out for marriage, but then I thought, “Oh, what the fuck!”

2. JACK AND DIANE “Suckin’ on chili dog outside the Tastee Freeze
Diane’s sittin’ on Jacky’s lap, He’s got his hand between her knees”

What do YOU order at a Tastee Freeze/Dairy Queen kind of place? The check. I must be buying ice cream for somebody. I can’t remember the last time I went to one of those.

3. PINK HOUSES “There’s a black man with a black cat livin’ in a black neighborhood
He’s got an interstate runnin’ through his front yard, You know he thinks that he’s got it so good
And there’s a woman in the kitchen cleanin’ up the evenin’ slop, And he looks at her and says, “Hey darlin’, I can remember when you could stop a clock.” 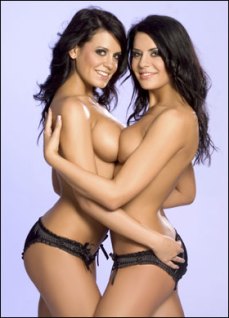 What is YOUR favorite “evenin’ slop”? It varies. When I’m at my neighbors for dinner (the French twins Michelle and MaBelle in case I’ve never mentioned them) anything they serve is under the category of “slop”. For some reason I don’t mind eating there. I guess the post game festivities are fun.

4. I NEED A LOVER “I need a lover that won’t drive me crazy, Some girl that knows the meaning of a
Hey hit the highway”…

5. AIN’T EVEN DONE WITH THE NIGHT “Well I don’t know no good come-ons, And I don’t know no cool lines, I feel the heat of your frustration, I know it’s burnin you up deep down inside”

What is your best “pick up” line? “Wanna get naked back at my place?” It doesn’t work very often, but when it does, it’s a great fucking evening. Oh, wow. I didn’t really mean to do the pun.

6. CRUMBLIN DOWN “Saw my picture in the paper, Read the news around my face, And now some people don’t want to treat me the same”

Were you ever in the newspaper, on TV or the radio? Yes. As a radio and nightclub personality, in round numbers, lots.

Have you ever smoked? What is your favorite smoking product. Cigar? Cigarette? Pot? How is this a Rock ‘n Roll meme without questions based on sex, drugs and rock and roll? When you get your R&R shit together, I will answer.

8. AUTHORITY SONG “Well, I fight authority, Authority always wins
Well, I’ve been doing it since I was a young kid, I come out grinnin’”

What is your favorite rule to disobey? All of them. I’ve been a very, very bad boy.

9. R.O.C.K. IN THE USA “Voices from nowhere, And voices from the larger towns, Filled our head full of dreams, Turned the world upside down”

Who was your first favorite rock n roll group or singer? My first favorite group was Frankie Valley & the Four Seasons and my favorite singer was Ricky Nelson. The very first time heard The Beatles my life changed. It was the song “I Want to Hold
Your Hand”. I asked my mom to drive me immediately to the store so I could buy the record. That has never happened again. There are many bands that I’ve loved from hearing their first song, but I never ran out to buy the album after one listen, ever again. And yes, I know I’ve just dated myself. But at 258, who give’s a shit?

What is the best part about living in a small town? I like knowing Andy at Tony’s Little Store, Brenda at the gas station and Julie who does my laundry. So, I guess it’s all about knowing the people. I moved to this small town six plus years ago knowing absolutely nothing about it. I had to move here for my job. Now I cannot imagine being anywhere else.

And groovin’ was groovin’, And dancin’ meant everything, We were young and we were improvin’, Laughin’, laughin’ with our friends”

When and where was the last dance you attended? I did a dinner and dance thing for New Year’s Eve. I really had a good time. But I was with a lady who had just entered my life and we weren’t right. C’est la guerre.

12. NO EXPRESSION “Yes, There’s a man that I know, With no expression, He’s got none at all”

What’s your favorite expression? Blow me.

13. CHECK IT OUT “A million young poets, Screamin’ out their words, Maybe someday, Those words will be heard, By future generations, Ridin’ on the highways that we built”

Do you have a favorite poem or at least a favorite poet? My poets are song writers. Can I just go with John here? Fine, be a stickler.We’re back with Crazy Sam.

2 comments on “Why Don’t We Get Drunk and Screw?”