You’ve Got to Be Free

Welcome again to Stealing which we bring you weekly on The WTIT Blog. We have gotten really good at just stealing a meme from someone else’s post. (You can play this meme with Judd and click on the official Sunday Stealing meme.) Today we ripped off this meme not from a blogger but from you, our players and friends. We asked for original questions last week. And did you guys deliver! We believe we’ve got everyone in the credits. If we missed you, let us know! The star players who submitted questions were: Hooting Anni, Niko, Wendy, Melanie, Ace, Bambie, Zoan, Dixie Chick, Lynette from A Blog in the Rough, The Gal, Katie, Hazel, Me, Mark from An Erie Tapestry, Mamo Ko, Cat., Noelle, Kwizgiver, Shakaku, Catch Her in the Wry, Brandt, Debster, Zh3en22, Americanising Desi and Kathy. Link back to us at Sunday Stealing! All meme questions are in bold.

2. What is the best piece of advice you’ve ever received?

“You are 12 now. You are at the age when certain girls will let you touch them places you shouldn’t. Don’t.” That was Mother Weiser. Very insightful.

3. What’s the worst experience you’ve ever had involving alcohol? Running out.

4. What’s the worst thing you’ve ever done to another person? Marry them.

5. Who do you think started the concept of memes? Memes were first a “write them and tag people to play” thing. Lola Harrington had the first site I am of aware of that was just for her memes. It was called Saturday 8 and had about four players a week. The first meme site that I am aware of that became extremely popular was Crazy Sam’s Saturday 9.

6. Give a song title or line that describes how you are feeling right now. Whatever Gets You Through the Night.

7. What’s your favorite search engine? Yahoo!, Google, Ask, Bing? or something else? Google is king. The others are wannabes.

8. If Paul is the Cute One and John is the Smart One and George is the Quiet One and Ringo is the Funny

One, which Beatle are you? John. I’m not sure I agree with any of those 1964 descriptions, but they were a broad stroke painted at that time. John and Paul took rock to another level and understood the power they had to change a generation. After all wasn’t it John who said, “He wear no shoeshine he got toe-jam football, He got monkey finger he shoot coca-cola. He say “I know you, you know me” One thing I can tell you is you got to be free.”Or as Paul said, “Let it be.”

9. The democratic government decides that, not only do we have to

share our money with people who choose not to work, we also have to share our children with those who do not want to ruin their bodies with being pregnant. Which child do you give up? One pill makes you larger and one pill makes you small and the ones that mother gives you don’t do anything at all. We are through the rabbit hole, aren’t we Alice?

10. When should you procrastinate – now or later? I’ll get back to you, ‘kay?

11. What is your favorite fast food? DeAngelo’s cheese steaks. Insightful, no?

12. What was your favourite game as a child? Adding “U’s” to words that don’t need them. Yes I know he’s Brittish. (Oops. My buddy Mark from An Erie Tapestry pointed out that I misspelled British…)  It was like a joke. OK, point taken. A joke should be funny.

13. Why terrible twos have to be terrible? Only someone without children would ask this question. The answer is, “Because they just are.” The kid has complete mobility with no understanding.

14. Describe your favorite family member. This is almost a good idea. In the simple way that any answer would piss off the rest of my fucking family. 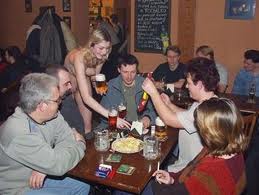 15. What does your favorite breakfast consist of? Eggs, bacon, sausage, hash browns, english muffins served by a naked waitress.

16. What food is better the day after it was made? Damn it Jim. I’m a humorist not a chef.

17. What was your last big purchase? The Brooklyn Bridge. The guy who sold it to me told me I got a great deal.

18. When was the last time you kissed someone and really enjoyed it? Last night before my lady passed out. No, she wasn’t drunk. She had spent over 24 hours helping a friend who has MS to do a tag sale. By 9 PM she stumbled to bed. 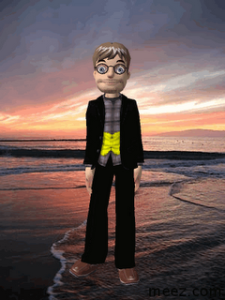 19. Why are there memes? So I have something to do with my fucking blog. You don’t think I evented Sam, Judd, Kimber and Berleen and Janera for any other reason did you? 😉

22. What movie makes (or has made) you cry? What touched you about it? The Matrix sequels. The first one was one of the greatest sci-fi movies ever. The other two were horrendous. I still cry when I think about it.

23. What is one big mistake that you did in your life? And what did you do to make it right? Marriages. I made them right through divorces.

24. When Life Gives You Lemons, What Do You Do With Them? I have a secret receipe. It’s called Smirnoff and lemonade. I swear it’s nectar from the gods. Amen.

25. How different are you in real life as compared to the online identity you have created for yourself? Almost completely. I am not some juvenile adult who thinks about nothing but sex. I am not Bud Weiser in the same way Lenard Nimoy is not Spock. A lot of what I write is true, but it’s filtered entirely through the persona that I have created. When people suggest I “tone it down” since I have my lady living with me, simply don’t get it. My lady would be the first to say not to fuck around with The Blog. She loves the delusional world that I have created.

26. Do you know what your parents would have named you if you had been born the opposite sex? No clue. We really appreciate you guys writing this week’ s questions. Thanks for reading this nonsense. No animals were harmed during the creation of this post. We will return. I know, that’s the bad news.

That’s it for today on the
WTIT: The Blog.
Enjoy your Sunday.
Peace, my friends.
Join us. Same time. Same blog.

Leave a Reply to The Gal Herself Cancel reply