Welcome again to Stealing which we bring you weekly on The WTIT Blog. We have gotten really good at just stealing a meme from someone else’s post. (You can play this meme with Judd and click on the official Sunday Stealing meme.) Today we ripped off this meme from a blogger named Dana at the blog Amid Life’s Questions. Today is a special meme. Dana explains why! “Let’s see, this started out as Jay doing Savannah’s “Questions” meme – a meme with a twist. This meme is constantly evolving – I answer the 10 questions that Jay posted and then post 10 questions of my own for anyone to answer on their blog or in comments. Jay asked some great questions – I couldn’t resist the pull to the “dark side.” So, in the same spirit, at Sunday Stealing we’ve added ten of our own questions! All meme questions are in bold.

1. You’re building your dream house. What’s the one thing that this house absolutely, positively MUST 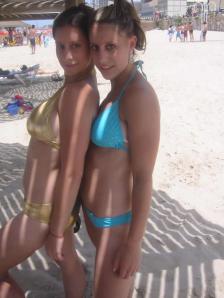 HAVE? (other than the obvious basics of course) A state of the art recording tape radio studio for WTIT and a guest house for the French twins.

2. What is your dream car? My favorite car that I’ve owned was my 1987 Lincoln Mark VII. Shortly after I bought it, the car was featured in a James Bond flick during the Timothy Dalton days. I’d love a restored Mark VII.

3. iPhone 4 or Droid, which do you want? Neither. I prefer my electronic separate. I have my Nikon camera, my iPod, my laptop and a simple phone. If one thing needs fixing I don’t lose everything.

4. What is your favorite website that isn’t a blog? I guess I’d go wit

h Amazon. It totally changed how I look at shopping and I download my music or purchase my CDs there. I bought a Devo album on Friday.

6. Tell me about something or someone that you love

that most people seem to hate. I’ll go with threesomes here. The are so special. You won’t believe this but some women really don’t like another women in bed with us. Rather prudish, don’t you think?

7. What do you want to be when you grow up? Oh, I might want to host a morning radio show

again. If I were financially secure. I’d never leave doing God’s work selling alcohol to return to the least secure industry on the planet. But The Hunter’s Morning Den has a ring top it. (I was known as Gary Hunter in my DJing days.)

8. Would you go on a reality show if given the chance? Not a fucking shot in the world. How can I put it?

9. Who was your favorite teacher when you were growing up. (Grade school, Middle School, Jr. High or High School only.) Miss Walsh. She was English and taught English during my freshman year. She once said that she couldn’t understand American football. “They kick the damn ball and the other team runs it back. Why they just don’t leave it where is I just don’t understand.” She was beautiful inside and out.

10. You get one pass to do something illegal or

immoral. What are you gonna do? Once? You’ve got the wrong guy. I do not concern myself with either morality or legality. It does not mean I don’t respect both, but when you sleep with neighbor’s wives you tend to not pretend that you always take the high road.

go? I had just started a job in marketing for a Fortune 500 company. Oh, and I met my first girlfriend that said she liked threesomes. Yes I know I’m fucking repetitive today, but for chrissakes yesterday I used my blood, sweat and tears on my post and got only 2 fucking comments. Has everyone gone to the moon?

rating the first anniversary of living with my lady. 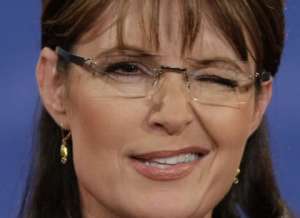 protestant males fucked things up pretty damn good? I was thrilled to vote for the first African American president, but so far I think he’s truly been a disaster. And no, Sarah Palin doesn’t qualify for anything but being a hockey mom.

14. Which fictional, TV show character you would shag anytime? Jordan 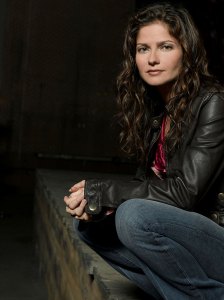 Cavanaugh from Crossing Jordan. I had seen Jill Hennessy on Law and Order and I thought not much about her. But I did fall hard for her as Jordan. Have I ever mentioned this?

15. What is your greatest pet peeve? People who just answer meme questions with a yes or no. I mean really, why bother? Don’t misunderstand I don’t think anybody should do my stupidity, but I do enjoy getting to know the author.

16. Tell me about your most recent trip of more than 100 miles? At this moment my lady lives about that distance. I drove up to spend Saturday night with her. I just returned. She said to say “hi”. Hi.

17. Which do you use more often, the dictionary or the the

18. Do you have a nickname? What is it? Gee. That’s a fucking tough one. Did you think my folks named me after their favorite beer?

19. What are you dreading at the moment? Finishing this fucking meme. The woman we 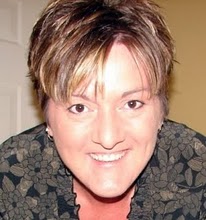 stole it from was not really amused. She lamented how hard she works on all her posts and her first recognized post was a meme. It was odd though, she did post Judd’s complete e-mail explaining our theft. So on some level she must have gotten some pleasure out of it.

20. Do you worry that others will judge you from reading some of your answers? If I cared

what anybody thought I wouldn’t have that Google warning or have gotten thrown out of Random Boredom. I don’t sell ads. I write comedy. And it’s adult humor. I only want to stay true to my craft. When Linda Crow emailed me to kick me out of Boredom she stated that her thirty something married mothers would be corrupted by reading my shit. When I wrote that I’d stay away I did mention two facts. She was behaving like we were living in Orwell’s 1984 and that 99% of my readers were thirty something married mothers. I don’t usually trash talk, but Linda is a fucking moron if you ask me.

21. In two words, explain what ended your la

22. What were you doing this morning at 8am? It’s Sunday. I was fucking sleeping.

23. How many different beverages have you drank today? Two. I had coffee at a 50’s diner when I took my lady to breakfast. I’m now with Diet Coke. Smirnoff is next if you fucking care.

24. Do you have any famous relatives? My son is the guitarist and co-writer of

songs for the pop/rock band So Long Davey. They’ve played in 40,000 seat arenas opening for bands like The Plain White Tees. The band’s not famous yet, but they are can’t miss. Do yourself a favor. Buy their new EP CD. It’s only a few dollars and his band rocks. Click here. Or click on the ban’s pic.

25. What is something you are excited about? My lady moving. I am stoked, dude.

26. When was the last time you spoke in front of a large group? I spoke in from of the entire sales division a couple of times at work. That’s about 150 people. When I was a disco DJ we routinely had crowds of 300 back in the day.

27. When you looked at yourself in the mirror today, what was the first thing you thought? I

generally do the “Ehhhhhhhhhhhhhh” thang. Henry Winkler went to my college (Emerson), he stole it from me.

28. What were you doing at midnight last night? I was looking at naked pictures of your mom. Please ask her to stop sending them.

30. Who is your worst enemy? For a variety of reasons I won’t answer this. And she is the only person I’d call an enemy. Not an “enemy” but I will go with Dragon Lady, my last ex. She did a wickedly bad thing to my and my lady. It backfired and she looked like the fucktard that she is. Join us with Harriet’s meme tomorrow.

That’s it for today on the
WTIT: The Blog.
Enjoy your Sunday.
We’re back with Mayhem.
Peace, my friends.
Join us. Same time. Same blog.