Posted by Bud Weiser, WTIT on May 26, 2010
Posted in: Wednesday Wickedness. 17 Comments

Welcome to Wednesday Wickedness on WTIT: The Blog. This meme appealed to us because of a twist in its concept. Each week Janera Jepson (its host) picks a celebrity. She digs up ten quotes from the person and asks her questions based on the quotes. Who would think someone would do something original? We didn’t see that coming. Anyway, she is a friend of Crazy Sam, so we are on board. Let’s do it. The quotes and meme questions are in bold.

1. “If your lifeguard duties were as good as your singing,

a lot of people would be drowning.” How well do you swim? I am an excellent swimmer. I passed all the Red Cross programs through Junior Life Guard. I stopped there because I thought it was a boring job. But the really reason behind the whole thing was that I’ve always wanted to bang a mermaid.

2. “I think he knows how to articulate something that people are entertained by and still be true to the message he’s trying to send, … very aware of himself.” How self aware do you think you are? I am very self aware. I know that I am not a day at the beach. My ex-wives would testify to that in court. In fact, I think they

did. The fact that I have a beautiful wonderful GF is stuff that Ripley’s is made of. The pic is from an Indian restaurant that we hit this past weekend. We were going to do Thai, but when we arrived I asked if they had Smirnoff, a woman explained that they did and handed me a beer and wine menu. We were SO out of there.

and you’re controversial, you’re going to get attention.” Who has a big mouth that you like? I know this is an obvious answer, but Simon Cowell does and I think he’s great. For the record: Crystal out performed Lee badly last night. But Lee wins. 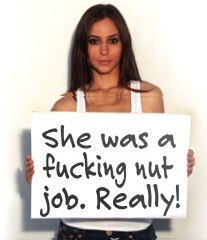 6. “Not everybody is perfect, and I don’t think we should be looking for perfect people.” Do you or someone you know strive constantly to be perfect? My first ex-wife who is the mother of my four children was a depressed head case. It was caused by wanting to be perfect and falling short. In my view she fell WAY fucking short.

7. “I never want to hear that song again. I cannot stand it. I’m allergic to it.” What song are you totally sick of and why? Loving You by Minnie Ripperton. From the moment the birds tweet I wanna hurl.

8. “I like the fact that they’re cocky now from the age

of four.” How old were you when you got cocky? What changed to make you so? Me? Cocky? Surely you jest. Yeah I know. “Don’t call me Shirley.” I was raised to be confident. The obnoxious part I added for ambiance.

9. “And there’s more open hostility among them because the competition is so intense.” When you compete with someone, have you ever gott 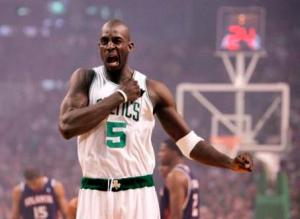 en hostile? No. I don’t do a Kevin Garnet scowl. I compete hard, but hostile? Not really.

10. “Why are you having a normal conversation with him? This is a dairy farmer dressed as a woman.” Do you talk differently to someone because of the way that they are dressed? Anyone who says they don’t is a liar. I used to have a customer who looked like a hick, his desk was a mess pile on a mess. Fortunately by boss clued me in. He told me that the customer was as sharp as they come. He was right. I learned so much from the man until he retired a year or so ago. Happy Hump Day. Join us on Thunking.

That’s that for a Hump day.
We will return with something
equally fucktardian.
We should be Thunking.
WTIT: The Blog will be back.
Whether you are ready or not.
Same time. Same blog. Peace.

17 comments on “Don’t Call Me Shirley”