Has Anyone Seen My Wife?

Welcome to Monday Mahem! The place where nothing matters and we can all have fun on a Monday. Every week is something different. Today’s Meme is the Annoying Meme. For each of the prompts, name what annoys you. All the meme questions are in bold.

What annoys you about people that you spend time with outside your home (coworkers etc)? I actually like my customers and

co-workers. My boss is generally more annoyed by me than I am ever by him. So, let me search. Oh, I know one. I hate it when attractive women wear clothes. That annoys me.

What annoys you about people in your home? Just me, since I live alone. And truth be told I must be very annoying since my wives have kept disappearing.

What annoys you about talking on the phone? Sometimes everything. You are either in the mood for a phone call or not. The worst are robo-calls that ask you to hold. Who would do that? How lonely must you be?

What annoys you about the over-used terms that people use? The only one I really don’t get is one I started using on my blog. When the media talking heads like Brian

Williams starting saying “We’re back” instead of “We’re back after this” it drove me nuts. But I also thought that when the first time I heard “my bad” it was stupid. Now I say it all the time. You tend to adjust.

What annoys you about restaurant foods? I hate it when the waitress spits in my food.

What annoys you about restaurant servers? I hate it when the waitress says that if I tipped more she wouldn’t spit in my food.

What annoys you about reading other blogs? I don’t read blogs that annoy me. It’s kind of one and done thing. The blogs I do read, I’d say ads and pay-per-posts are annoying. But since I don’t know someone’s situation, it’s hard to be too judgmental. Since I am basically a meme guy, I find players who simply say “yes” or “no” as a response annoying. Why bother?

What annoys you about memes? Bad questions. But I don’t see how you can av 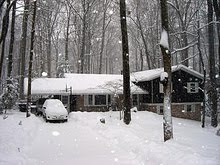 oid them. Plus, I do enjoy complaining about the questions. Last week I went too far on the woman who substituted for Linda on Random Dozen. It was her first meme. I hammered her. When I read it back I wrote her an email to apologize. She was extremely nice to me. She stated she had been warned about me and expected it. So a big shout out to South Lakes Mom from the blog I Didn’t Know That. She was kinder than I deserved.

What annoys you about commenting on blogs? I wish that more people when they comment on your post (if

it’s a meme) that they’d refer to the question rather than the question number. “Laughed loudly at #4!” is not exciting.

What annoys you about people who chew gum? Everything. Sorry.

What annoys you about driving on

the highway? Just weather. I mean you can always get worked up about what another driver does, but in truth, we all fuck up when we drive. I decided years ago to only get annoyed at a driver who does something to me that I haven’t accidentally done to someone else. I am seldom annoyed anymore.

What annoys you about shopping at Walmart? Nothing. You get what you pay for. And I love the naked greeters.

What annoys you about kids? If kids are out of control I blame the parents. I love kids. I am a father of four and I have two grandchildren.

What annoys you about your gender? Men are pigs. It’s funny that until I started writing this blog I never reacted in a typically stupid male way t

o life’s events. I do it on The Blog because it’s funny. What’s strange is when someone I’m dating quotes my blog back to me as if everything I write is real. I was on a date once where the next morning the woman who had spent the night asked me a question. She asked me why I slept with my tee shirt and underwear on. I replied, “Because I always do.” She said that on my blog I stated I sleep in the nude. I told her to stop reading my blog because it had no redeeming social value whatsoever.

What annoys you about shoes? Not a thing since I discovered Rockport. I still prefer my feet naked, however.

What annoys you about shopping for clot

hes? Everything. I may have to get married again to solve the problem. That is a joke. Once I began shopping online, I’m okay with it.

What annoys you about

music? Nothing if it’s rock. Everything if it is classical, hip hop or rap.

What annoys you about drinking

alcohol? Mother’s milk? This is a very annoying question. If it weren’t for alcohol, I wouldn’t be earning a living. It is truly a calling. I like to say “I do God’s work.”

What annoys you about pizza? At the moment the Dominoes’ commercials. They had to do a taste test to figure out that it sucked? Holy moly, Jodi! They could have asked just one customer.

That’s a wrap on WTIT: The Blog for a Monday.
Sorry we were late to the party, yet again.
We will take a day off and return Wednesday.
Unless we get a better offer.
Same time. Same blog.
WTIT: The Blog
Loading Comments...
Comment
×