The One and Only Billy Shears

Welcome again to Stealing which we bring you weekly on The WTIT Blog. We have gotten really good at just stealing a meme from someone else’s post. (You can play this meme with Judd and click on the official Sunday Stealing meme.) Today we ripped this meme off from a blogger and blog named Minnestota Mom. We stole one of our first memes from her after we started the Sunday Stealing blog. That was back on September 7, 2008. The big difference is the Minnesota Mom actually wrote this meme! All meme questions are in bold.

Book: Just Fuck Me by Eve Kingsley. The subtitle is What Women Want Men to Know About Taking Control in the Bedroom. Now the book 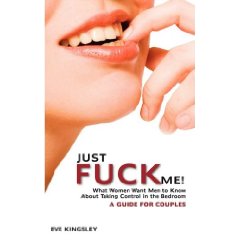 is incredibly stupid because it explains that women like sex as much as men. Really? Stop the presses!

Snack: Buffalo wings. I can never get enough. I like them hot and very spicy, just like I want my women.

Restaurant: Outback Steakhouse. Steak is what my world is all about. I hadn’t been to one in a long time

when fellow WTIT DJ Johnnie Walker asked to buy me dinner this week. It was good to be back.

Beverage: Smirnoff. I know you knew this. Give me a glass and ice and pour my Smirnoff with a splash of water. I call it mother’s milk.

Decor: I love my wall of

every WTIT yearly DJ staff pictures. Although I suppose everyone will say that.

Actor: George Clooney. While he doesn’t move me like he does Allison, his movies are always great.

Actress: Jill Hennessy. This is really a three way tie, but I 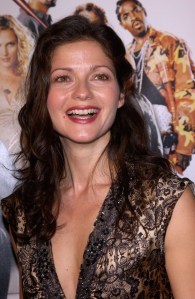 don’t know any other guy who’d name her. I am a very loyal dude. Someday she will realize it’s time to leave her husband for me.

Movie: Notting Hill. I am a sucker for a well written romantic comedy. I think this was one of Julia Roberts best films. While I understood that Julia and Hugh Grant really had no chemistry, you’d never know it. Oh that may be why they call it acting.

TV show: House. There is no better TV show out there on every level. Some are as good, but not one is better.

I think this fucking blog qualifies. Although while I actually thought this blog was better before we became a 85% meme blog, I actually enjoy writing the blog more now than when we started almost four years ago.

Band: The Beatles. There is The Beatles and there is everyone else. They are my current, past and future obsession. Let me introduce to you the one and only Billy Shears.

Song: Never Gonna Be Alone by Nickleback. A terrific song by a great rock band.

Meme: Thursday Thunks. The questions never make any sense at all, but I love the fact that Kimber and Berleen take memes even less seriously than Judd Corizan and I. They better start that fucker up again.

Blog: The Dating Profiles Meme blog. Now you know this is a total lie but I wanted to give it a shameless plug.

Lover: The French twins, Michelle and MaBelle who live

upstairs. Now while they aren’t actually real, it beats picking an actual woman and hearing about it from another. Momma raised a fool, but not the village idiot.

Friend: Harvey Wallbanger. He is another WTIT DJ and my best friend. When he’s around there are always plenty of naked women. An unbeatable combination, if you ask me.

Quote: “No problem is too big, too complicated or too complex that it cannot be run away from.” I used that as my radio signoff for years. I have actually never told anyone who wrote it. I will give credit today: Charles Schultz.

ow while I know you know me well enough to understand that this is as stupid a response as I could give, I do have a reputation to protect.

rrie Underwood. I don’t even like country music, but I love her. Plus she just handles her wealth, fame and beauty with a ton of class.

Sport: Baseball. Nothing is better than the Yankees in the World Series. Now I want back to back championships.

That’s it for today on the
WTIT: The Blog.
Enjoy your Sunday.
Or Monday, if you are late to the party.
We will return. Join us.
Same time. Same blog.

22 comments on “The One and Only Billy Shears”