I’d Be in It for the Groupies

On Thursday The WTIT Blog does a meme called Thursday Thunks written by Berleen and Kimber. This meme is similar to both Saturday 9 and Sunday Stealing. Although, it is a bit crazier. We were both honored and terrified when we were asked to join in. And we have really enjoyed it. It now is one of our most popular features and one of our personal favorites! All the meme questions are in bold.

This week we will answer some crazy questions brought to you by Kimber the color of yellow snow and the number of moles on your body. 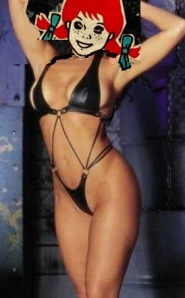 Sanders in a dark alley. They beat him down for just serving chicken and not sharing his “11 herbs & spices”. The Colonel goes down. Begs for his life. Where do they go to eat afterwards? Wendy’s. She’s all grown up now and has a knock out body.

2. Isn’t showing a condom commercial during Sex Rehab With Dr Drew almost like showing a pain narcotic or an alcohol commercial during Intervention? Yes. I was involved in advertising for years. I would suggest it was a very well targeted ad campaign.

3. You take a shower, go to leave the bathroom and the

door is stuck. Due to humidity and moisture it won’t budge. It will not open. No one else is home. You can’t go out the window. How long do you sit in the bathroom and how do you occupy your time? Living alone? Not very long. It’s tough to wait for somebody who will not come home.

but you need a cool rocker name. What is it and how did you decide on that name? Boner. It’s sounds a bit like U2 as is very much a groupie grabbing name. This may shock you, but I’m thinking I’d be in for the groupies.

gotten naked at a family function? Who do you think I am, Tiger Woods?

6. If purple ate yellow, what color would come out? This is about sex, right?

7. The closest paper and pen to you right now. What color are they? I really don’t have favorites in the paper and pen department. It’s like kids, you want to be as close as you can to all of them.

8. Corn chips or potato chips? Which mixes best with Smirnoff?

e forced to swallow either a diamond or a piece of coal. Don’t ask. Just do it. Which do you choose? Don’t ask? You’re kinda bossy today. Why can’t I ask? Although, truth be told, if I were to ask anything about these fucking questions it would have been a lot sooner. 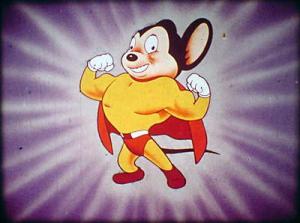 10. If your mouse decided to attack your keyboard, who would win? My mouse because he’s Mighty Mouse. The keyboard just lies there and takes it. I mean if you could actually have an opinion here.

That’s your Thursday edition of
The Blogosphere’s Most
Dangerous Blog.
WTIT: The Blog