Anthony Ain’t Getting Any

On Thursday The WTIT Blog does a meme called Thursday Thunks written by Berleen and Kimber. This meme is similar to both Saturday 9 and Sunday Stealing. Although, it is a bit crazier. We were both honored and terrified when we were asked to join in. And we have really enjoyed it. It now is one of our most popular features and one of our personal favorites! All the meme questions are in bold.

Thursday Thunks: Kimber Has a Headache, So Anthony Ain’t Getting Any Tonight

1. Bud- What type of meme question is the hardest? For 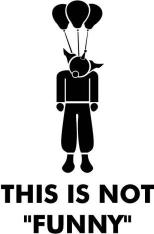 me, it’s the ones that really just require a yes or no answer. I’m doing comedy here, or at least that’s what I’m attempting. This is a fucking lame question. What the fuck was I thinking?

2. Smart Cent’s Mom- If you could be any person living or dead, who would you be? I’d take John Lennon except for the dying at 40 part. Or the Yoko Ono part, now that I think of it. And I woulda called the song “I Want to Hold Your Breasts”.

3. Thom- You accidentally bump into someone at a store and you apologize. The person you bumped

into says no problem and you notice food stuck in their teeth. What do you do? Is it a woman? Does she have perky breasts? (Yes, I am going for the world’s record for using the word “breast” in a meme.) If yes, I’d pluck out my floss and offer to floss her teeth.

4. Captured Memories- “Do you ever shed a tear when you poop?” What the fuck? Am I sad to see it leave? Not all that much to be perfectly honest.

5. Mejis- If a tree falls in the forest and n 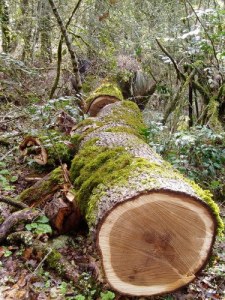 o one is there to hear it, it’s still a tree, right? No. Dead trees are called logs. I liked this meme a fuck of a lot better when I could sneak a breast into it.

6. Tosin- What is something you have said to someone that you wish you could take back? Two words, “I do”, which I’ve said WAY too many times. Why anyone thinks getting married is a good idea is really beyond me. Of course I didn’t realize this until after my latest divorce.

creative here so I will ask if you were in the Big Brother house how would you play the game? Holy shit. I’ve never watched the show. So I will say I’d play with Jill Hennessy. Only because I can post the one picture that we have together. I really think Jill and I would have worked out, you know, if she hadn’t married that other guy.

8. Meandering Matt- Mac (which is still a PC (personal computer) in my opinion) or PC (Microsoft)? M

att, no offense, take this in the most positive way, but this may be the worst meme question in the history of the universe. And who the fuck asked your opinion on whether a Mac is a PC? And even better, who fucking cares?

should be cancelled? Jay and I went to college together. So my opinion cannot be not objective. Also, it is not relevant because I don’t watch the fucker. He bored me at Emerson, he bores me now.

10. Dixie Chick- I LOVE VICTORIA SECRET PANTIES AND THEY ARE THE ONLY KIND I WEAR. JUST

BOUGHT 5 NEW PAIR THE OTHER DAY. 2 BLACK, 2 RED AND 1 PURPLE. THEY ARE ALL FRESHLY WASHED AND READY TO WEAR. MY QUESTION IS…..WHAT SIZE BRA DO I WEAR…? 34B. Yeah, I know. It was just a lucky guess. God, finally a real “breast question”!! Are they perky? Hey, she brought it up. Dix, send me a photo of them. We will post it on Sunday Stealing.

11. And finally one by Kimber (just so you don’t think I

am too lazy)- There is a rattlesnake living behind the warehouse my husband’s company just moved into, tarantulas in our side yard, scorpions all around at night and coyotes howling and running down the street in front of our house. So what color sheets will you want on your bed when you come to visit me? It would entirely be dependent on who you’ve arranged to sleep with me. If I’m going all the way to Arizona, fighting off spiders and snakes, there better be a hot lady there for me. And she better have big breasts. Not that I give a shit about breast size, but I am going for that fucking record.

That’s your Thursday edition of
The Blogosphere’s Most
Dangerous Blog.
WTIT: The Blog
will return with Dating Profiles.
Same time. Same blog.

34 comments on “Anthony Ain’t Getting Any”